The only shelter is a lonely farmhouse next to a graveyard.

Its owner is Miss Leslie, who wears a dowdy blue dress, talks enigmatically about somebody called Martha – and who has a five o'clock shadow and is dubbed with a female voice…

Perhaps it would have been better to stay in the car! 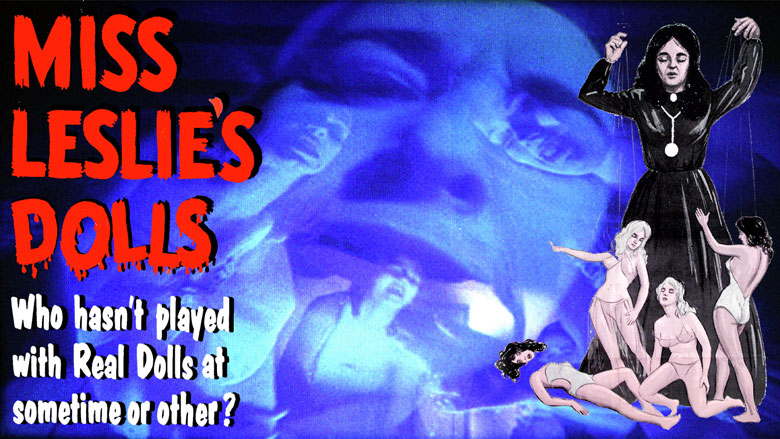 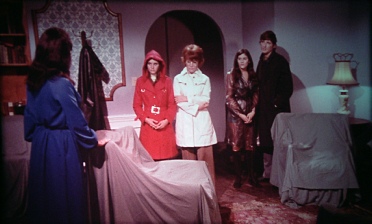 Bad taste – the currency of drive-in and grindhouse cinema. No subject too sensational. No topic too transgressive. So no surprise that exploitation movie moguls turned their lurid lenses on transvestism and transsexuality in their never-ending search for a new, money-spinning taboo.

But only one film – Miss Leslie's Dolls – dared to tackle the metaphysics of gender fluidity! 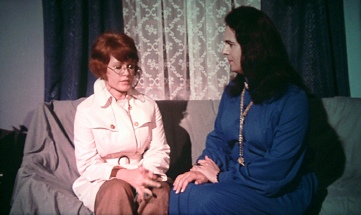 One of the most obscure and sought after shockers to emerge from Florida's lurid, low-budget film industry – which also gave us Doris Wishman's nudie cuties and Herschell Gordon Lewis's gore-fests – for decades Miss Leslie's Dolls was thought to be lost.

Now painstakingly restored, the back story to this cult classic in the making is just as strange as the film itself. Produced by exiles from Castro’s Cuba, there is even controversy about who the director really was.

Come back soon to see what secrets we have exhumed... 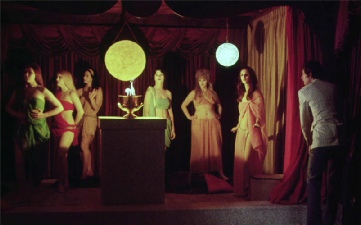 Owing to the nature of this film, strictly over 18 only. Proof of identity may be requested. We reserve the right to refuse admission.

For more than 20 years, Network has employed its encyclopedic knowledge of film and TV archives to rescue works which would otherwise have been lost to posterity. With over 3,000 releases for home and cinema – including recent restorations of British film classics Death Line and Assault – Network's passion for the moving image goes from strength to strength. You can check out Network’s catalogue here.